Is RaiBlocks a Good Investment? – RaiBlocks Vs IOTA

In this article, I am going to present your facts and information about RaiBlocks. It will help you to answer the question, “Is RaiBlocks a Good Investment or just too good to be true?” At the end of this article, I’ll also reveal my own personal opinion.

Notice that I am not giving official investment advice but just giving my opinion based my own research. I hope you find it helpful.

UPDATE: Nowadays Raiblocks is known as Nano and you can buy it on Binance.

Is RaiBlocks Legit and Worth Investing? – Video Review

Before you go through the article I want to give you an opportunity to have a look at my video review of RaiBlocks. Afterwards you can read the whole text to get a more detailed picture of this cryptocurrency.

Launched: First Implementation Was Launched in 2014

Short Review: RaiBlocks has huge ideas: Unlimited scalability, instant, and free transactions. The technology is different than with other coins like Bitcoin. All coins are already distributed and no more will come to the pool. RaiBlocks/IOTA technologies make free and instant transactions possible but some people say it’s too good to be true.

If you are interested in proven ways to make money online, I recommend taking a look at this step-by-step training (not a get-rich-quick scheme. Work required.)

RaiBlocks is a decentralized cryptocurrency that is supposed to solve the problems related to the scalability. Technology is similar to another project called IOTA which is even more famous. Recently, IOTA became extremely popular and rose to the top-5 of the biggest cryptocurrencies after publishing their partnership with huge companies like Microsoft and Samsung.

You probably know that Bitcoin was the first cryptocurrency. After that many people have been trying to create a better technology because there have been some challenges with the Bitcoin’s technology. Sometimes transactions have taken up to 1 hour and there has been even $20 transaction fee.

Raiblocks technology aims to instant and fee transactions with an infinite scalability. It’s using different technology than Bitcoin. There isn’t mining with RaiBlocks because all coins are already in the circulation. You are probably familiar with this kind of things if you have read about IOTA.

If you are interested in taking a closer look at Raiblocks’ technical details, I highly recommend reading their White paper. It explains how transactions work and other important stuff. I need to admit that in order to understand it you may need to read it a few times.

The Goal of RaiBlocks

I have sometimes seen the vision of RaiBlocks stated in the following way:

“It does one thing, and does it well.”

The goal of most cryptocurrencies is to enable the transfer of value (money). So, if you want to buy something, you could buy it easily. Or if you need to send money easily and fast without big fees, you could do it.

How Was RaiBlocks Distributed?

I mentioned above that RaiBlocks wasn’t mined like Bitcoin for example. At the beginning, Raiblocks were given to people who solved captchas. As you can imagine, the value wasn’t very big back then because solving captchas doesn’t ever give big rewards.

It’s said that many people even from cheap countries like Venezuela were using these RaiBlocks faucets to get coins. Then the rest of Raiblocks were distributed in 2016. Now all 133 million XRBs are already in the circulating supply. There won’t be more or fewer coins in the future because the amount will remain the same. 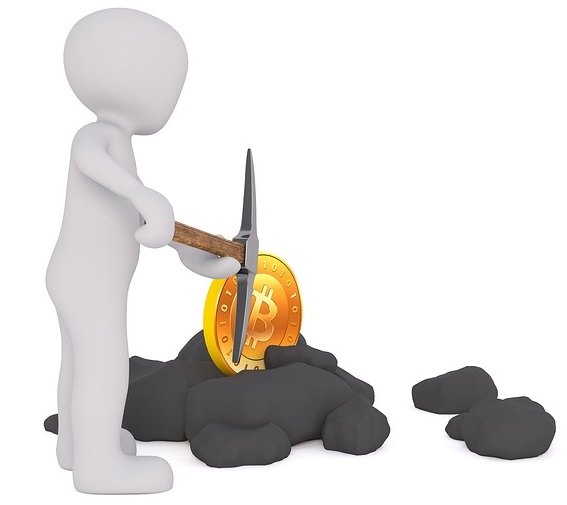 There are some cryptocurrencies that are hiding information about their founders and developers. Probably the most famous example of such shady projects is called BitConnect. Pretty much all reliable online entrepreneurs call it a Ponzi scheme or a scam.

With RaiBlocks the situation is completely different because they are openly showing their team members and giving information. In addition, it has a much more positive reputation than shady projects like BitConnect. This, of course, builds trust with the team.

You can find information online about Colin Lemahieu who is the leader of this project.

RaiBlocks – No Mining Pools, No Masternodes

I want to underline this characteristic about RaiBlocks. With most cryptocurrencies, there are miners or masternodes who take care of transactions and get some reward for doing that. For example, Bitcoin and Vertcoin have miners and some people earn money with it. With other coins like Dash, there are masternodes who get also a reward.

Things are different with RaiBlocks because of their technology. I don’t know if you remember my article of IOTA? There I explained how their tangle technology works which enables free transactions. When people make a transaction in a tangle, they “confirm” two transactions that were made before them.

The fact that there aren’t miners or masternodes may help to make the cryptocurrency even more decentralized. Some people are saying about the Bitcoin that people/organizations who have big warehouses for mining have too much power. The same is said about the masternodes. Well, you don’t have that challenge with RaiBlocks.

On the other hand, you can’t then earn money for becoming a masternode or mining because there isn’t such thing. Still, some people are working on the project because they believe in its potential and growth.

Is RaiBlocks Worth Buying?

First, let me tell you a little background about the price of RaiBlocks. It has been rapidly growing during the whole 2017. In March 2017 the price of one RaiBlocks was less than $0,01 (1 cent) and the market cap was a few million dollars. Then it grew to more than $0,15 per coin when we came to June 2017. The price dropped for a while until it started growing again.

The price still didn’t grow to more than $0,20 per coin before December 2017. Then something huge started to happen. The price of IOTA (the cryptocurrency that is using pretty similar technology) jumped to the sky and the same happened to RaiBlocks. It went from less than $0,20 per coin to ~$4 per coin in a few days. That’s so crazy! 😀

RaiBlocks growth didn’t look very healthy. That’s why it quickly went down after the bubble.

Of course, the price dropped from $4 but now a bigger audience started getting more interested in RaiBlocks. Before it had always been a pretty small coin but in December 2017 the market cap went to millions of dollars. There was certainly a bubble when it grew like 20 times in a few days but I think it still gave lots of more publicity to this project.

There are always lots of traders and players when it comes to cryptocurrencies but some people are behind certain projects no matter what.

Where to Buy RaiBlocks?

At the moment, you can’t buy RaiBlocks on the biggest cryptocurrency exchanges like Coinbase, Bitfinex or Bittrex. That being said, there are still a few ways to buy RaiBlocks. You can buy them from:

Conclusion – Is RaiBlocks a Good Investment?

I’m not a trader but rather I’m a long-term investor. IOTA and RaiBlocks have good ideas and visions but I’d rather choose IOTA at this point. Even though it’s more expensive than RaiBlocks, I believe it still has room for growth.

On the other hand, if Iota does well, most likely RaiBlocks will do well also because they are using pretty similar technologies. IOTA is more popular than RaiBlocks at the moment and it has several benefits.

I would also like to hear your opinions between IOTA and RaiBlocks. Which one is more potential in your opinion? Have you invested money on both of them like I have? Did you use Kucoin for buying Raiblocks?

Then many people who are into cryptocurrencies are also interested in making money online in general. That’s why I want to show you Wealthy Affiliate which is the place that taught me to make money online with affiliate marketing. It’s another great way to earn money online and I know that many of you could make big money with it.

What do you think about RaiBlocks? 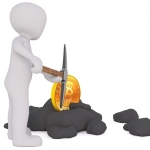