Is Dash Worth Investing? Will the Value Still Rise?

Many people are saying, “Bitcoin is expensive. The bubble will burst soon.” Then they start looking for better alternatives to invest their money. The stock market and real estate are good old investments but they don’t usually provide such rapid wins like cryptocurrencies.

Dash is one of the biggest and well-known cryptocurrencies in the world. It’s still far from Bitcoin but does it mean that there would be more potential for growth? Is Dash worth investing? And a more important question: Is Dash a Good Investment?

Read my article of Dash carefully before rushing into buying. The better you are educated, the better investment decisions you will make and the bigger profits you will make in the long run.

Is Dash Worth Buying? – Video

Before we rush into the article I would like to show you the Dash video review that I have recorded. I will explain important details and benefits of Dash and explain whether I will buy Dash or not.

Short Review: The future of Cryptocurrencies looks great. More and more people are starting to adopt these virtual coins. A bigger question is which coins will prevail and which ones will fade away. Dash has great benefits but still a few things have been controversial. More on this later.

If you want to learn a proven method to make money online, take a look at My #1 Recommendation.

If you want to get $10 worth of free Bitcoins, follow this link. 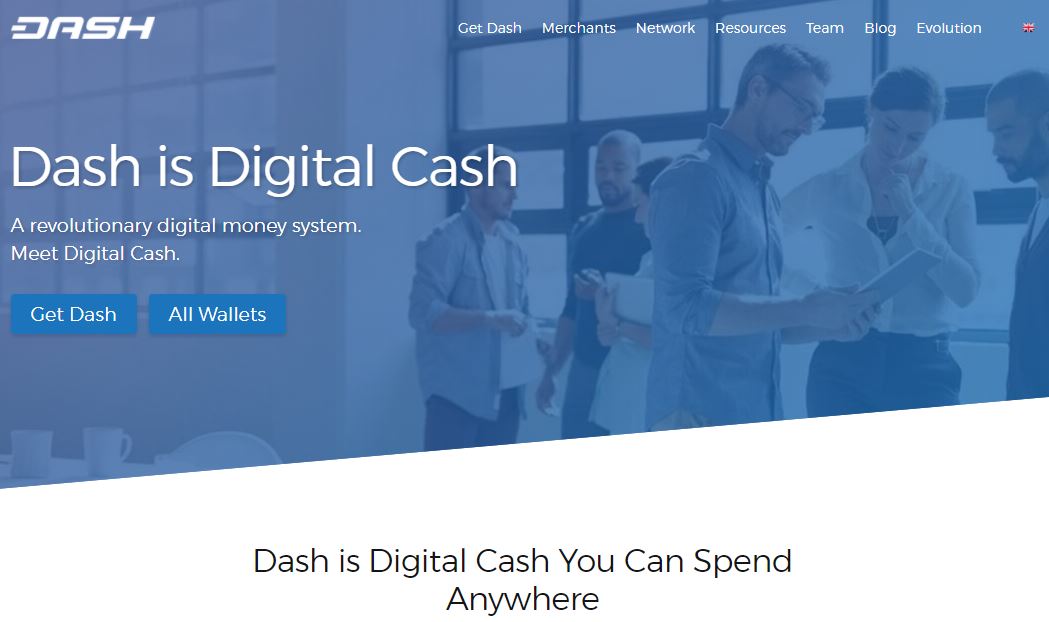 Dash is an open-source peer-to-peer (decentralized) cryptocurrency. It was before known as DarkCoin and XCoin. Dash is built upon Bitcoin core code with additional features such as privacy and quick transactions. Well, at least that’s what is their vision and purpose. More about Bitcoin’s and Dash’ differences later.

If you are not familiar yet with other cryptocurrencies, you can read more about Bitcoin or Ethereum on my website by clicking those links.

This is one of the main goals of all cryptocurrencies. Compared to bank’s transfer time which is 2-3 days this is a huge benefit. Yes, there is PayPal that allows fast transactions also but cryptocurrencies are decentralized which brings us to the next point.

It means that one company, government or other institution is not running the show. That’s the main idea of most cryptos (instead of some exceptions like Ripple). However, there has been some controversy around Dash about decentralization.

During the first two days around 2 million Dash were mined but today only 3 thousand Dash are mined daily. It means that founders got lots of coins for themselves. Actually, within the first two days, about 10% of the total supply of Dash that will ever be issued were mined. That’s a huge amount of money now, huh?

Then there is an also a team running Dash coin and you can see their faces on Dash.org website. 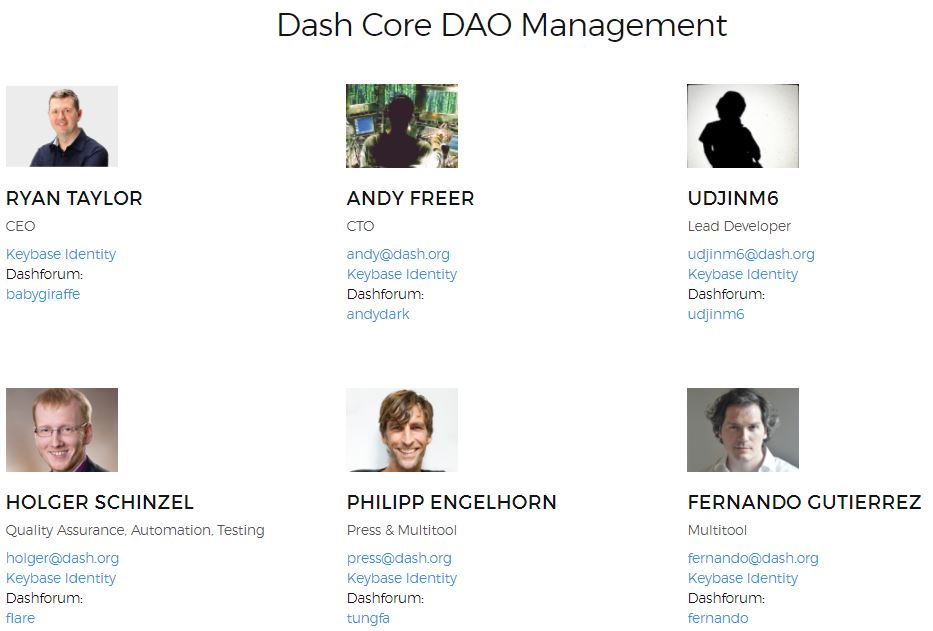 When I transferred money to my friend in the Philippines through PayPal it cost me quite a lot. I don’t remember the exact amount but big fee really surprised me. What if we would have used Dash? The fees would have probably been much lower.

That’s just one example. Who knows how much money individuals and companies could have spent over the years if we would have transferred our money through cryptocurrencies instead of paying bank fees?

On their website, you can find tons of merchants where you can pay with Dash. I wasn’t expecting that there would be already so many companies that have adopted this coin. Most of those companies are operating in the Internet world so they are in front of the change as we could say.

There are tens of web stores, some web, and graphic design companies, hosting services, email provider and so on. You can check out more on their website if you want.

You can buy stuff and services with Dash in all of these merchants, for example.

Dash has created an app that you can also use with your smartphone. It has been downloaded already more than 50,000 times on Google Play store. It has an average rating of 4,2 stars out of 5 which is pretty good in my opinion.

Their goal is to make using Dash so easy that even your grandmother could use it without any problem. That’s a great goal! 😉

In order to do that, you need to have at least 1,000 Dash coins and a computer that is running 24 hours a day without more than an hour connection loss. For example, in 2016 if you had a Dash masternode, you got an 11% additional reward for 1,000 coins (of course the value also grew significantly but this was just a nice bonus).

The biggest difference between those two currencies is that Dash is governed by masternode owner/s but Bitcoin is governed by consensus on the blockchain.

After Bitcoin has hugely grown, sometimes their transactions times have been longer. You may have needed for an hour for the transaction to happen. This is not, of course, as much you would need to wait with a normal but still far from an instant transfer. Dash has been an interesting alternative for transfer because it has happened in a few minutes instead of waiting for an hour.

Bitcoin fees have also been high time to time. Paying a $3 fee for a $10 transaction would be nonsense. Dash can provide a great alternative to lower fees. Just like Litecoin tries to do as well. You can see differences in Dash and Bitcoin transaction fees in the picture below. It shows fees for those two coins from the end of May 2017 until the end of November 2017.

You can hardly see the red line in the chart because it’s so close to 0. It means that Dash transaction fee costs almost only for $0. On the other hand, Bitcoin transaction fee has been even more than $10 sometimes. After some improvements to the system, it has also gone down a little bit and I hope it would go closer to 0 in the future.

Anyway, we can still say that trading Dash is much cheaper at the moment than trading Bitcoin.

Dash Reviews – What Are Other People Saying About It?

Opinions about Dash can roughly be divided into three categories. Let me go through them one by one.

These people say that Dash is just a copycat of Bitcoin. They say that in the long run altcoins that are “copying” Bitcoin will fade away when the bubble bursts. It’s partially true that Dash copies Bitcoin but it still has its own benefits like I mentioned above.

Some people don’t believe in the potential of Dash at all. For me, it’s a bit hard to understand this group.

As I pointed out above, Dash clearly has some significant benefits. Based on those (and also some other) benefits people believe that the value will keep on rising because more people and companies start adapting Dash.

What Is the Value of Dash Coin?

This is the big question and probably one of the main reasons why you are reading this article. You can always check the current value on CoinMarketCap but what is the real value of Dash coin?

First, let’s have a quick glance at Dash graph from its beginning until the end of November in 2017.

The graph shows how dramatically Dash has grown during 2017.

Imagine that you would have invested $1,000 in 2016. Now you would have $55,000 which could buy you 2 nice apartments here in Bulgaria where I am located at the moment. That’s insane!

The value of cryptocurrencies and Dash is huge. They have several benefits that a normal currency doesn’t have that we can only wonder how they weren’t invented before.

Ultimately, the value of Dash (and other coins) will be determined by the actions that individual people and companies make. If more and more companies start adopting Dash, then the value grows. It certainly has value so growth is still potential. Probably even this article will slightly raise the value of Dash because more people become aware of it and recognize its benefits.

The future is never created by coincidence. It’s created by decisions that people make every day. That brings us to the most important question and a decision of this article.

Conclusion – Is Dash Worth Buying?

Do you know what usually happens to me when I start researching a new cryptocurrency? I usually get so excited about the benefits of that coin that I end up buying it.

I always recommend that you gather lots of information before making big investments and decisions. The bigger the decision, the more you need to research it and the more you need to know about it. On the other hand, if the sums are small and the decision isn’t so big, you don’t need to spend so much time on the research. Maybe you will lose something but pondering too much with small decisions isn’t worth the time.

Many people like the idea of putting a small amount ($10, $100, $1,000, $5,000 or whatever is a small amount for you) to several coins because most likely some of them will hugely grow in the future. In my opinion, you still should at least have the basic information before you put money on something.

Probably I will invest a small amount to Dash. It has many significant benefits like low trading fees for example. However, Bitcoin is the first and the largest one and most likely will keep on going strong for years to come.

In the end, I don’t want to give you a straight answer whether you should buy or not because I want that you take the responsibility yourself as an investor. Following other people usually leads to bad results but becoming an intelligent investor helps you to make big profits in the long run.

Want to Learn Other Ways to Make Money Online?

The purpose of YourOnlineRevenue.com is to help you to make money online. I have researched more than 350 make money online opportunities and I know quite a lot about it. Let me just give you 3 resources before we wrap up.

You can get immediately $10 worth of Bitcoin through my link to Coinbase. I have used it myself when I started and many of my friends have used it as well.

My #1 work from home recommendation is Wealthy Affiliate because it has helped me and thousands of other people to make good money online. Their step-by-step training and price/quality -ratio is the best on the planet.

I have gathered other great online jobs under this post. You can always ask me questions in the comments below and I’m more than happy to help you out.

What do you think about Dash? Is it worth buying or not? 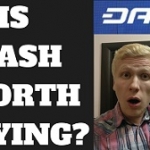 Is Babbletype a Scam? How Much Money Will You Make?