What Is Verge? Does Verge Have a Future Or Will It Fall?

12th of December 2017 one of the biggest cryptocurrencies channels on YouTube made a video of Verge. He explained that Verge is at its all-time high and had become already the 79th biggest cryptocurrencies in the world by value. In the same sentence, he also mentioned that usually, it’s not the best idea to buy at the all-time high because the price will most likely dip.

Less than two weeks after that Verge coin had risen to top 10 of the biggest cryptocurrencies. What happened? Will the growth still continue? What is Verge and what are the main features? Take a look at my article and you’ll know more about this highly popular cryptocurrency in a minute.

Is Verge Worth Buying? – Video Review

In my Verge video review, I underline a few key elements of Verge and discuss whether it’s worth buying or not. I believe you’ll find this and valuable.

Short Review: Verge is an interesting project and I think it adds nice value to the competition for privacy coins. They have been around already since 2014 but started kinda “slowly”. Now they have a large team of developers working on this project and it will be interesting to see how this project will work out in the future.

You can buy Verge easily on Binance.

If you are interested in proven ways to make money online, you can have a look at this step-by-step training that has turned complete newbies into full-time online entrepreneurs. (Note: It’s not a get-rich-scheme so you need to work to see results.)

Official Homepage of Verge explains what is it all about.

Verge is one of the oldest cryptocurrencies. Most of the cryptocurrencies that we have analyzed here on YourOnlineRevenue.com are created in 2017 but Verge has created already back in 2014. Well, that’s “only” 3 years but 3 years in the world of crypto projects feels like 30 years in the real world. Everything is changing there so fast.

It started first with a name DogeCoinDark. You have probably heard of the other coin called Dogecoin. In 2016 DogeCoinDark was rebranded as Verge because the founders wanted to make it clear that they don’t support any criminal activities.

Verge puts the high emphasis on privacy like Monero, Zcash and a few other cryptocurrencies. Even though blockchain ledger is public on Verge, nobody sees who sent or received the money. Some experts even say that Verge and Monero are the only “real” private cryptocurrencies and other projects fail to maintain a full privacy of users. Anyway, we’ll discuss the privacy issues further.

You can read a full explanation of Verge’s features on their black paper. Notice that they don’t call it a white paper but a black paper because they want to underline the privacy of this cryptocurrency. Black paper is fast to read because it’s only around 10 pages long. Verge has a large team of developers and contributors working on this project. In addition, you will find more information about them on their official website.

The Goal of Verge

The mission of Verge is to bring blockchain transactions into everyday life. Then we wouldn’t need third parties like banks or other financial institutions. Actually, that’s the goal and mission of the most cryptocurrency projects but Verge is, of course, trying to make it better than other ones.

They want that people could make direct transactions:

There have lots of discussions about the privacy of cryptocurrencies. Should transactions really be completely private? What about all the criminal activities and hiding tax officials? Let’s talk about this in the next chapter. 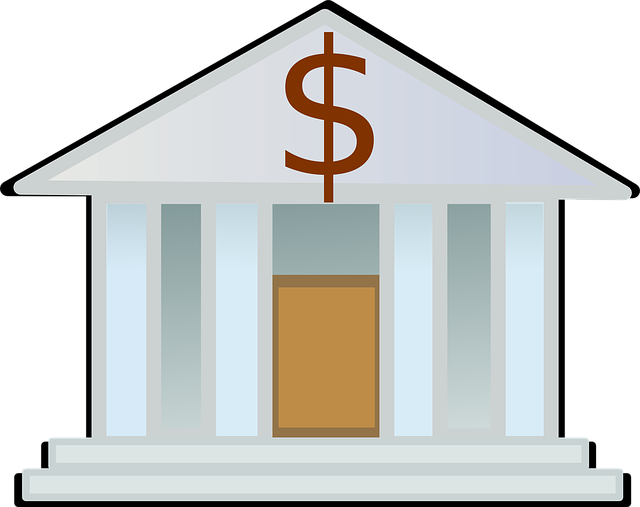 Usually, a bank is a third party to your transactions.

I remember when I heard about the Bitcoin for the first time for a few years ago. It had a reputation that it’s widely used by drug dealers and other criminals. Some people were saying, “If you buy Bitcoins, you support criminal activities.” But the same principle would apply to any other technologies then, right?

The fact that some people use cryptocurrencies and blockchain technologies for bad purposes doesn’t mean that the technology would be bad itself.

I am a fan of Bitcoin but we do need to keep in mind that Bitcoin isn’t as private as Verge or Monero. The sender and the receiver are recorded to the blockchain. However, people don’t usually know who is behind a long Bitcoin address “bc1qw508d6qejxtdg4y5r3zarvary0c5xw7kv8f3t4” unless you tell them. (Note: That’s not my Bitcoin address, it’s just a random one from the Internet.)

People who argue that everything should be private explain to you, “Imagine a situation that all your money and transactions would be public. Everyone would see all the money you have and everything that you purchase. Is that the situation you want? Isn’t privacy much better? You can show your financial information only to relevant people.”

That’s a valid point and I also think that the privacy can be a good thing. That’s why It could be a good idea to put at least some amount of your cryptocurrency portfolio to privacy coins that you believe in. I wouldn’t go all in with Verge but I must admit that there’s potential for the project.

=> Want to Learn More Ways to Make Money Online? Learn a 4-Step Process That I Enjoy!

This means also that the price of each Verge or Ripple coin is very small. One Verge costs less than $0,20 at the moment. That’s why people are saying, “Verge is so cheap! It’s only less than $0,20 while one Bitcoin is $15,000-20,000!” That shows only the lack of their understanding.

The circulating supply of Bitcoin less than 17 million while with Verge is around 14 billion. Therefore, I wouldn’t pay high attention to the price of each coin. A more important thing is the value of the whole market cap.

Then the other question is, “Will the small value of each coin affect psychologically to other investors so the value would go up?” Often investors don’t make rational decisions but the human nature and our emotions affect a lot. So, when people see a Verge coin that costs only $0,20 they may think it’s cheap while one Bitcoin that costs $20,000 may seem expensive.

That’s not rational thinking as we saw above but that’s how many (uneducated) investors may think. It can have an effect that more investors put their money on Verge and the value goes up. What do you think about this? I would love to hear from you in the comments below this article.

Is privacy a good thing when it comes to finances? Let’s discuss in the comments!

How to Buy Verge Coin?

I haven’t yet written reviews of those exchanges but I’ll publish my articles in the following weeks so you’ll know more about them.

Verge coin isn’t yet listed on huge exchanges called Coinbase, Kraken or Bitfinex. If it will be listed to any of those exchanges in the future, I believe the price will momentarily jump very high. For short-term traders, that’s a good opportunity to make money. However, I don’t personally, do short-term trading almost at all. I prefer holding for the long term usually if I buy some coin.

=> You Can Buy Verge Today on Binance

Conclusion – Is Verge a Good Investment?

Most people who are reading this article (probably you also) want me to give a confirmation, “go and buy Verge” because they are already interested in it. I don’t give any official investment advice but I share my own opinions.

I am personally, going to put a certain amount of my cryptocurrency portfolio to privacy coins. Will it be Verge, Monero, Zcash or all of them? I’ll keep it as my private information. I think that all of those projects have potential to become something big in the future.

When we talk about cryptocurrencies, you need to keep in mind that huge companies like IBM, Microsoft, Samsung, even JP Morgan and so on, are part of developing applications with blockchain technologies. Therefore, I believe that the future looks bright for cryptocurrencies.

Did you know that also the Microsoft is involved with some cryptocurrency projects?

I recommend that you “hop in” and invest at least to some projects that you think are worthy. I recommend that you study the biggest cryptocurrencies yourself and decide which one seem the best projects in your opinion for the long term. Which ones are going to have the most positive impact on the world if they succeed?

Don’t sell your house and put all of your money to Verge. With any kind of investing there’s risk involved and I want to be sure that you can provide the house and food for your family also in the future. 😉

Before we wrap up, I want to give you an opportunity for a proven way to make money online. It’s not a get-rich-scheme because it’s a training and a community that has helped thousands of people to make money online (including myself). Let me know if you have any questions and I’ll be more than happy to help you out.

What do you think about Verge? 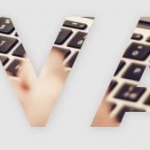