Reliv Review: Is Reliv a Scam? Find Out the Truth! 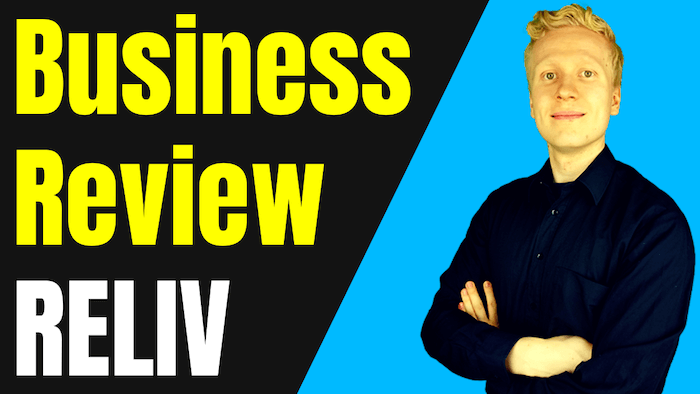 Welcome to my Reliv Review!

First, I want to congratulate you for doing the research regarding Reliv before joining or buying their products.

You are going to learn my unbiased review everything you need to know about this company and business opportunity.

I am not part of Reliv so I am NOT going to sell or promote you their products or system in any. Therefore, you are going to get much more reliable information than you could ever get from one of their distributors who is trying to recruit you.

We have reviewed more than 250 multi-level marketing (MLM) companies here at YourOnlineRevenue.com so we have a huge knowledge on this industry.

In order to help you further, I'll also reveal you our #1 recommended way to make a life-changing income online.

Best for: People who love Reliv products, selling and recruiting.

Summary: Reliv is already an old multi-level marketing company that has been around for decades. That's a great thing because many companies come and go in this industry within a few years.

That being said, Reliv isn't much different from 100's of other network marketing companies that are offering you basically the same thing in a different package. You can make a life-changing income with Reliv but you must follow the proven steps that I teach you when you click the green button below.

Is Reliv International Recommended? If you love their products, yes. If you are just in it for the money, don't go for it. There are much better money-making opportunities out there.

Quick Navigation
Reliv Review - Quick Summary
What Is Reliv?
Who Is the Reliv Business Opportunity For?
Reliv Compensation Plan
Pros & Cons of Reliv
Is Reliv a Scam?
Conclusion - Is Reliv Business Worth It?

Reliv is a network marketing company selling dietary supplements that has existed for decades. The name Reliv comes from the words: re-live.

If you have heard of companies such as, Herbalife, Isagenix, Amway and other similar ones, Reliv is pretty much the same thing but just in a smaller scale.

That being said, Reliv isn't a small company by any means. Their yearly revenue has been measured in millions of dollars for years already.

The bad news for their distributors and fans is that the company's revenue has been steadily going down over the past few years. The time will show if the trend will change or if they will keep on going down.

Who Is the Reliv Business Opportunity For?

First of all, you must acknowledge that there are hundreds of similar opportunities such as Reliv out there = MLM-companies selling dietary supplements.

If you want to join Reliv, you must find something unique and valuable in it that you can't find in other similar companies.

Based on my own personal research, I wouldn't join Reliv if I would need to choose between this company and its main competitors.

Let's assume that you love Reliv products and you want to make money with it.  => Should you start doing the Reliv Business? What should you know before joining?

Many people join network marketing companies such as Reliv with a hope of getting rich quick and quitting their 9-5 jobs.

This is not a get-rich-quick system.

The first reason is obviously that there are much better money-making opportunities out there. If you just want to earn a lot of money, you should not join Reliv.

Second, you need to have, or least be willing to develop extraordinary skills at recruiting and selling.

In Reliv you will make money when people buy products from you or they join in your downline. For many newbies that comes as a complete surprise how much work it actually requires.

It's a ton of hard work to make a life-changing income especially if you don't have prior experience of making +$10,000/month.

That's why I've made it my mission to help ordinary people to make a life-changing income online. Instead of trying to sell to your friends and recruit your family members, I show you a way how you can make money online.

By doing that, you will reach 100,000's of people instead of just a few people that you know. Learn more by clicking the link below and I will help you further.

1. The Company Has Existed for Decades

As you learned above, we have reviewed hundreds of network marketing business opportunities. It means that I have also seen numerous companies coming and going.

Many MLM-companies pop up, they last a year or two and then they are gone.

That's why I don't really recommend joining a brand new MLM-company. The risk of getting wiped out from the business are too great.

A positive thing about Reliv is that they have been in the business already for a few decades. It means that the company is well established and you can trust that it's most likely going to be around for years to come.

2. They Put Effort in the Product Creation

There are so many companies in the dietary supplement industry that just sell trash. You and me as customers may not know very well what they are selling unless we have a great expertise on the topic.

However, Reliv has been putting a lot of time, money and effort on improving their product so it most likely beats many competitors that are selling not-so-good-supplements, if I say it in a nice way!

3. It's a Relatively Large Company

The yearly sales revenue has been between $36 and $57 million.

It means that it isn't a huge multi-billion dollar company but still pretty significant and definitely bigger than the average.

Joining a large company has several benefits. For example, you have a chance to connect with many successful and inspiring people and learn from them directly.

When talking specifically about network marketing, it also guarantees that you get "free marketing" when other distributors and the company itself is putting the word out.

If someone that you try to recruit or sell has heard of the company before, it significantly raises the chances of being successful.

1. The Competition Is Extremely Tough

An average customer or potential prospect probably thinks like this:

"There are numerous bigger companies that put much more effort in the product creation. W​​h​​​​​y would Reliv offer better products? Also all the other companies say that their products have been well researched in a laboratory."

"Yeah, this company has been around for a few decades. But Herbalife or some other companies have been around even longer and much more people know about them. Why on Earth would I join Reliv?"

2. There Have Been Lawsuits Against the Company

Of course, this does not itself mean that the company wouldn't be good. There have been lawsuits against many major companies in the world.

But if you take a closer look at the lawsuit, you may understand that there may have been a valid reason for a lawsuit.

You can take a closer look at the Reliv lawsuit here.

3. Selling and Recruiting Is Not for Everyone

The truth is that especially if you follow a typical network marketing path where you'll need to talk people face-to-face and prospect your friends, you are going to need to sell A LOT.

Some people love selling and recruiting but majority of the people aren't so good at it, especially when it's done face-to-face or through phone.

Personally, I make tons of money online without even opening my mouth through the Internet. I don't need to try to convince anyone because I just type stuff on my computer and then people buy and I earn money.

If you want to learn how you can make money as well, ​grab my Ultimate Make Money Online Guide here as a FREE GIFT.

Is Reliv a Scam Or Legit?

Some people are afraid that Reliv is a pyramid scheme because only people on top of the pyramid make money within this company.

Take a look at the Reliv income disclosure statement below or read their full PDF file here.

You can quickly see that the majority of the distributors are making close to nothing, or they are actually losing money instead of making money.

Then there are only 1-3 % of the distributors on top of the pyramid who are making tons of money.

I don't know if this comes as a surprise to you but the numbers are pretty much the same with all MLM-companies over and over again.

This is just how these companies work. Some people love it, others hate it.

You can decide completely by yourself.

My mission is to help ordinary people to make a life-changing income online. That's where I personally focus on and I can help you as well.

Conclusion - Is Reliv Business Worth It?

Personally, I think there are much better business opportunities out there.

You can make a lot of money with Reliv if you know what you are doing and you follow the proven steps that I teach in my guides.

My recommendation is that you join Reliv only if you genuinely love using their products. Don't join Reliv just for the sake of doing business.

I hope you enjoyed reading my review.

If you have any questions or you need help to start making money online, don't hesitate to ask in the comments below and I'll be happy to help you out!

What do you think about Reliv?

What kind of experiences did you have with Reliv and other similar MLM-companies?