Is NEO Worth Investing? Read My Honest Review

Is NEO worth investing? Is NEO legit? How does it differ from Ethereum and other coins? Does it have any future potential?

If you are looking for answers to these questions, you have come to the right place. Today we are going to talk about the cryptocurrency called NEO. Even though the price of NEO didn’t immediately jump to the sky after its launch, nowadays the market cap is already measured in billions of dollars. Let’s dive into the interesting world of NEO!

Is NEO Worth Investing? – 1 Reason Why So Many People Buy It!

Before you dive into the article, I want to give you an opportunity to have a look at my NEO video review. I explain one big reason why many people are buying and holding NEO. Of course, it’s not the only reason but one among many. It enables you to get free money so that’s why people like it.

Name: NEO (Before known as Antshare)

Short Review: I see there great potential in NEO like in many other cryptocurrencies. NEO is pretty similar to Ethereum but both of them are still in their infancy. The time will show how the projects will develop. Before we see any significant applications it’s hard to say for 100% sure whether these coins will succeed or not. It also depends on which coin the big masses will prefer.

My #1 recommended platform for buying NEO is Binance. It’s the biggest and the most trusted cryptocurrency exchange in the world.

If you are looking for a proven and a sure way to make money online, I recommend taking a look at My #1 Recommendation. 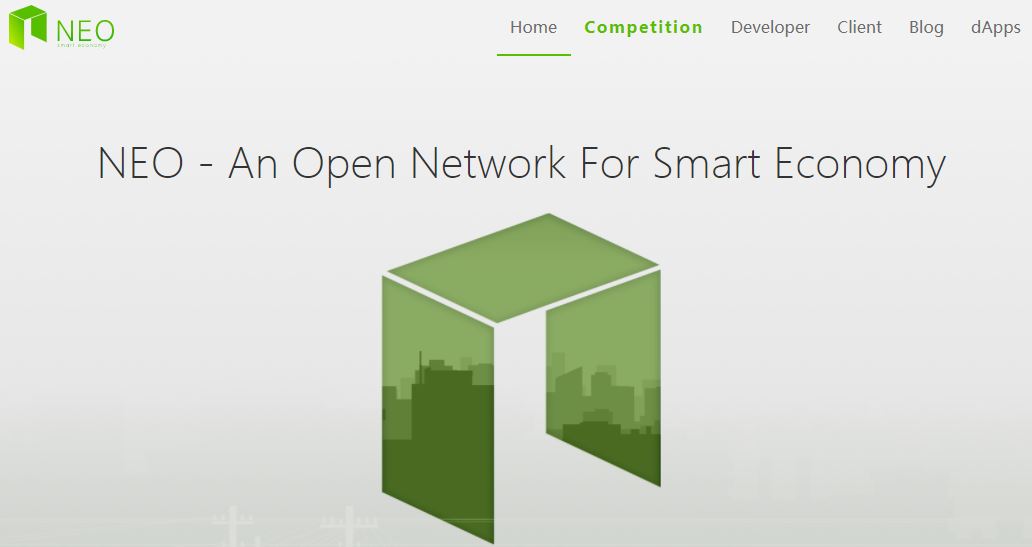 NEO is a cryptocurrency that was launched in 2016. It is often said to be an “Ethereum of China“. The core developer team of NEO are from China and they are using pretty similar technology like Ethereum. Therefore, it’s also one of the biggest competitors of Ethereum and further in this article I will compare the differences between these two technologies/cryptocurrencies.

NEO is also a decentralized cryptocurrency like almost all other ones (excluding Ripple) and it takes advantage of the technology of smart contracts. People can build applications and smart contracts on top of the NEO blockchain.

There are active NEO communities on Reddit, Twitter and on other social medias. Still, it’s still not even as close big as communities of bigger coins like Bitcoin. The most important factor whether the price will go up depends on how many people will join the movement. 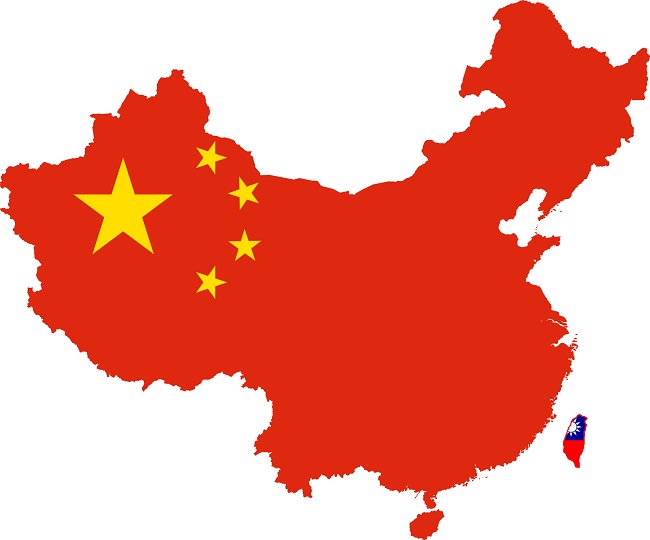 NEO is often referred as “Ethereum of China”.

You probably remember why Facebook succeeded so well. People said that “everyone is on Facebook” so you wanted to be part of it as well. Then the people who weren’t in were like outsiders. They felt the urge to create an account so they wouldn’t be left behind. There has been a little bit same phenomenon with cryptocurrencies or with currencies in general.

People may not choose the most practical or useful currency but the one that everyone else is using. Why would you send money to your friend by using a transaction when you could make it immediately by using Dash?  Or why would somebody transfer money by using Western Union or PayPal when he could make the same transfer completely without fees by using IOTA?

So, the community and other people have often a big impact on our own decisions as well. That’s why it’s important to analyze the community behind each cryptocurrency. Anyway, let’s analyze the differences between NEO and Ethereum.

If people want to create smart contracts on top of the Ethereum, they need to use Ethereum’s own proprietary language. With NEO things are different because programmers can use also other languages like Python, C, JavaScript and so on. As you can imagine, this can have many benefits compared to Ethereum that only uses their own language.

Some people say that writing smart contracts is easier with NEO but I don’t have personal experience of writing them so I can’t confirm that information. I’m pretty sure that some strong supporters of Ethereum would disagree with that statement. 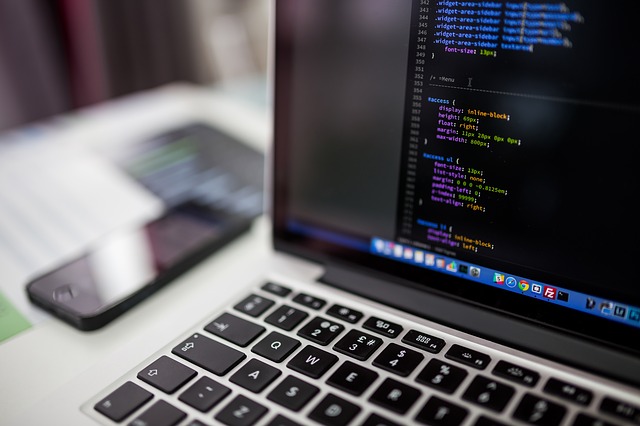 Which one is better in your opinion, NEO or Ethereum?

The big question is which one is better and which one will win the race.

In my opinion, it highly depends on which technology can first create some big applications that large masses and companies will use in everyday life.

I’ve heard that Microsoft, for example, has some projects going on with both technologies which is an interesting thing of course. Microsoft has already affected billions of people’s lives all around the world with their programs and computers so it’s a big player in this world. Will be interesting to see how blockchain and smart contract technology will affect our everyday life in the future.

=> Tired of All the Speculations? Learn a Proven Way to Make Money Online! (I Have Used This For 2,5 Years)

Is NEO Worth Buying? – History of the Value of NEO

NEO was a pretty unknown coin until the Summer of 2017. Its market was under $10 million for more than half a year after its launch from the end of 2016. Value started to grow pretty fast among many other coins in the Spring of 2017. Still, the market cap was under $100 million until the mid June.

Then something big started to happen in its financial value. The market cap rose from less than $100 million to more than $400 million in a few days. Can you imagine? This can only happen in alt coins.

Of course, it’s impossible to know in advance these huge changes but this example illustrates the rapid movements of NEO coin. Then in two months NEO experienced another huge growth. Your $10,000 would  have turned into more than $300,000. Let’s say that you would have invested $100,000 in NEO in June 2017. You would have earned in 2 months more than most people earn during their lifetimes by working full time 40-50 years. That’s incredibly.

Take a look at the graph of NEO in the picture below.

The value of NEO from its launch until December 2017.

After the huge growth in August 2017 the value of NEO has been going up and down with rapid movements as you can see in the graph above.

Where to Buy NEO?

It’s possible to buy NEO from most biggest cryptocurrency exchanges like Binance, Bitfinex or Bittrex. All of them have a pretty reliable reputation but I have mainly used Binance. I have bought several different coins on Binance including IOTA, Cardano, Tron, etc.

I have used Binance for buying many cryptocurrencies. They give you daily rewards for holding NEO so I think it’s a good investment for me. People don’t want to buy their NEO coins even though the price would dip because then they would lose their passive income stream that NEO provides.

=> You Can Buy Neo on Binance!

Conclusion – Is NEO a Good Investment?

Usually, I am not a speculator or a short-term trader. I rather prefer investing in a long term for something that has real value instead of just hoping to make quick money from something that doesn’t have any value in the real world.

I think that when we are looking the bigger picture and the future, NEO is one of the potential investments for the future. However, after studying numerous cryptocurrencies and making tons of research, I still need to admit that it’s impossible to say which one is going to win the race.

Almost all cryptocurrencies are just in their infancy and they have little or none applications in our everyday life. Bitcoin has probably the most “real value” today because you can pay with it in numerous companies including hotels, some subways, flights and so on. I guess that you can pay somewhere also with NEO coin but those companies are probably very few. Let me know if  you have more information about this.

I see NEO (like many other coins) as a potential investment but also quite risky. It can go up dramatically but it really depends on what kind of applications they will use in the future.

As always, if you are looking for a proven way to make money online, I highly recommend taking a look at this step-by-step training. I can say that it has turned my life around and it has made the same for thousands of people all around the world. In addition, you can get started for free.

What do you think about NEO? 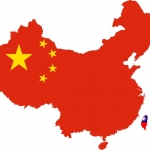