Is E-Rewards Worth It Or Can You Earn $60 Rewards Easily?

I have stumbled upon more than 60 different online survey sites and recently one of our readers mentioned recently that he has been trying E-Rewards. I hadn’t heard of it before so I wanted to give it a closer look.

To be honest, I was a bit skeptical in the beginning because I have seen so many survey sites and nowadays I am not using any of them because rewards are so small.

In this review, I am going to share all information you need to know about their services. I’ll answer common questions like, “Is E-Rewards a scam or legit?” “Is E-Rewards worth it?” and so on.

Founded: The company has been founded already back in 1999 and they have been operating on the Internet more than 10 years.

Short Review: Despite E-Rewards’ long experience in the survey industry, their service is not better for individuals than any other online survey site. You can earn some rewards but they are probably going to be way smaller than you would like to have.

If you are interested in making good money online, I warmly recommend you to check out My #1 Recommendation. It’s a resource that literally helps you to build a successful online business from the scratch and get started for completely free. They provide the training and all other resources you need and it’s ultimately cheap to get started. 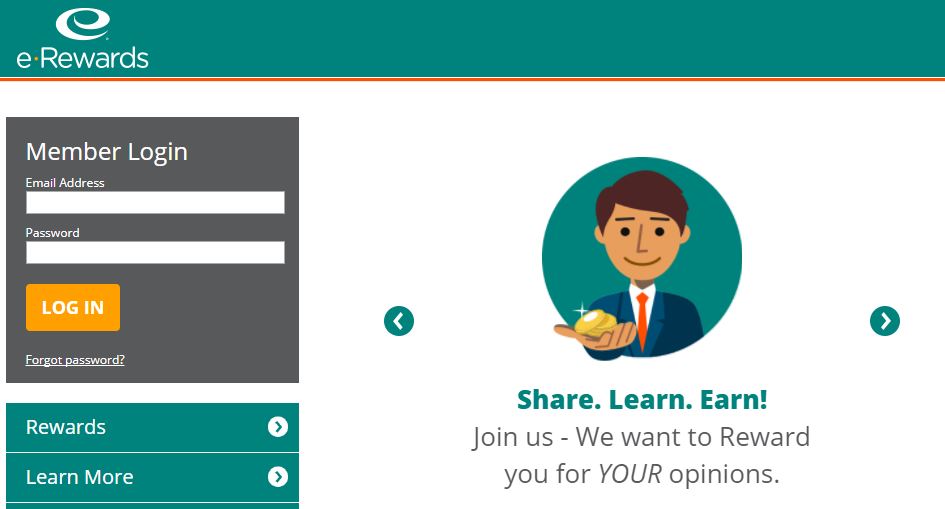 What Is E-Rewards? – A Website That Connects Companies and Individuals

E-Rewards is a survey website which is connecting 1.companies that want to get feedback on their products and 2.individual people who have been using them.

E-Rewards has been operating in the survey industry already almost for two decades. It’s a huge time while most businesses fail during their first years. They have also partnered up with other successful companies like Etihad Airways, Best Buy, American Airlines and so on.

After answering surveys you will earn gift cards and rewards for those companies. Next, I’ll explain to you how E-Rewards works in practice.

First, you will sign up to their website if you are living in one of the following countries (see the picture below). However, you need to get an invitation first from some of their partner companies in order to join.

You can join E-Rewards from 10 different countries.

Then you’ll wait that they send you survey invitations to your email. In the message, they’ll display how much time the survey will take and how much money you are going to earn by answering it.

It varies how many survey invitations you’ll receive each month but usually, it’s something like 3-5 surveys per each month. The length of surveys varies a lot. Some of them take only 2 minutes while other ones may take even 45 minutes to fill out.

You don’t get paid immediately after each survey because you need to reach their cash out limit first. For some companies, the limit is $25 and sometimes the cashout limit is even $60. However, most of the time you don’t get paid by cash but you’ll get gift cards to their partner companies.

Is It Possible to Earn Rewards with E-Rewards?

Before watching the video I want to remind you that she and other people can show how much they have earned with E-Rewards but that doesn’t tell the whole story. People could have spent so much time for earning measly $25.

How Much Money Can You Earn with E-Rewards?

Do you want an honest answer?

Making money with E-Rewards is very tedious and slow. It’s not even like building a business where you could earn only a little in the beginning but later on. Instead, you will always earn only a little sum of money and you’ll never get a “raise”.

It’s the same story like with any other online survey site. Lots of efforts but very little rewards. However, there is one positive thing on E-Rewards compared to most other survey sites. They pay you something even though you wouldn’t have been qualified for a survey.

Do you know the feeling when you have answered a survey and after a while, they say you, “Unfortunately you weren’t qualified this time? Try another survey!” Then you just wasted your time. Even though E-Rewards gives you a little reward for those surveys that you didn’t qualify your earning potential is still ultimately low. Have a look at a better way to earn money online by clicking the picture below:

Click the Picture to Get Started with a Better Program.

Most survey sites have a referral/affiliate program where you can earn money by referring new people to their websites. I found that E-Rewards doesn’t have such a system which is a good thing in my opinion. Why?

I have noticed that when a company has a referral program many people will write dishonest and even fake reviews in order to earn money when people join that website. I have made a commitment that I never recommend something that I couldn’t use myself or something that I think that doesn’t improve your quality of life.

That’s why I am leaving money on the table even though I know that I could earn quite a lot of money by recommending survey sites for my audience. My goal is to make this world a better place and to have a positive impact on you, not to make the most money if it’s dishonest. It’s a bit sad to see that some people are doing it.

In my opinion, survey sites are not worth it so I don’t see a good reason why I would recommend them for you.

E-Rewards Reviews – Almost All of Them Are Negative

E-Rewards is already an old company in the Internet space there are hundreds of reviews made by their (ex-)members. Most of those reviews have been negative and people don’t seem to enjoy E-Rewards’ services.

Let me summarize a little bit what kind of ratings they have received on different platforms:

I think those numbers itself show us that using E-Rewards is just a waste of time. Usually, survey sites get 3-5 stars on those websites even though the earning potential would be very small. Now you can imagine how little money you can possibly earn on E-Rewards.

Liz’ balance showed $60 but she was able to redeem only $20. She says it’s definitely not worth the hassle.

Katie confirms what other people are saying. The rewards were way too small that it wasn’t worth it. In addition, there were some other “discrepancies” as well.

Michael’s account was closed after 5 years of using it without any reason. No answers to his support requests. Strange.

I think that these negative reviews convince anybody that E-Rewards is not worth it.

Conclusion – Is E-Rewards a Scam Or Legit?

E-Rewards is not a scam. They have been in the business almost for two decades and they would have been wiped out already years ago if they would be a scam. However, there are so many reasons why people I don’t recommend using their service.

Many people have reported that their account balance on E-Rewards shows $60 but in reality, they were able to get only a $25 gift card. Where did that $35 disappear? Who knows? It’s probably one of E-Rewards’ ways to trick people. E-Rewards make people believe that they would have earned more than they actually did.

That’s actually a trick that most survey sites are using. Many survey sites give you points instead of money. They don’t want to show that you only earned $0,01 or $0,02 so they give you 100 and 200 points which sounds much nicer.

If you prefer earning dollars than cents, I recommend that you have a look at better programs for making money online. My #1 recommendation is Wealthy Affiliate because their program taught me how I could earn a living online. It’s not a get rich quick scheme but their program really works. More than 850,000 people have already used it and many of them have been able to quit their 9 to 5 job because they were able to earn good money online.

=> Tired of Earning Cents? Learn How You Can Make a Living Online!

What do you think about E-Rewards?

Do you also find survey sites boring and not worth it?

Have you already learned better ways to earn a living online? 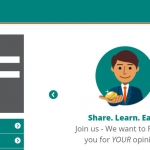