Is Cardano a Good Investment? Read This Before Deciding!

New cryptocurrencies pop up all the time. Most of them stay small and unknown. Only a small part of people will know about them until they fade away.

But that didn’t happen to Cardano (ADA). It was launched at the end of September in 2017. Within a few weeks, it was already in top-10 of the biggest cryptocurrencies in the Universe. How did this happen? Is Cardano a good investment or just another cryptocurrency scam? Who is/are behind this coin and does it have any future?

If you are looking for answers to any of these questions, you have come to the right place. Let’s take a closer look at Cardano!

Is Cardano a Scam? What Is It? Who Are Behind It? – Video Review

I wanted to provide you also a video where I share my knowledge about Cardano. I know that many of you prefer watching a video rather than just reading a text so I want to give you this opportunity as well. After watching the video I recommend that you dive into the article below because I share some details that I didn’t mention in the video. Enjoy!

=> Based on My Further Researches I Have Now Bought Cardano on Binance!

Short Review: Cardano is a highly promising cryptocurrency. Their team is highly qualified people in the cryptocurrency world and they have skills to move this project forward. However, the project is still pretty new and it’s impossible to say with 100% clarity how will it turn out to be in the future. In my opinion, investing in Cardano feels now like investing in a startup company.

Have a look at My #1 Recommendation for making money online if you want to learn a proven way to make a living online.

Cardano Homepage is simplistic and doesn’t have too much “hype”.

What Is Cardano? – How Did It Become So Big?

Cardano is a decentralized platform that allows (or will allow) complex programmable transfers of value (for example, money) in a secure and scalable fashion. They use a highly secure Haskell programming language. It was launched in the Autumn of 2017 and many people started investing in Cardano right away. The market cap was $500,000 in a few days almost right away after the launch. They knew who was behind this project and they trusted his skills.

The value stayed the same for around two months. Then it suddenly went in a few days from $0,03 (3 cents) to $0,14 (14 cents). The market cap went from under $800,000 to almost $4 million in 3 days. That was insane. A bigger audience started to talk about Cardano and some said this is going to be something huge.

Why Did Cardano Grow So Quickly? – Benefits of Cardano

Cardano was launched at the end of September 2017 and after a few weeks, the value was already measured in billions. You can also see a huge jump in the price of Cardano in 3 days (26th-29th November 2017.)

The man behind Cardano is Charles Hoskinson. He looks like a typical nerd with a gentle smile and eyeglasses but people in the cryptocurrency world say he is a genius. He was also one of the main developers of Ethereum and when you have listened to this guy for a while, you realize that he knows what is talking about. He’s definitely one of the top leaders in the cryptocurrency world at the moment.

In addition, he is not alone behind Cardano. He says that there is a team of highly skilled individuals from different countries. If you check out their website or white paper, you see that Cardano is far from a scam and they are really trying to make something significant.

They say that Cardano and Hoskinson’s company IOHK are research-driven. They don’t want to focus too much on hype and marketing. Hoskinson has analyzed the short history of cryptocurrencies and his goal is to solve problems that other coins before this weren’t able to solve. These are, for example, scalability and real decentralization (some say that with certain coins creators have too much power).

Scalability is extremely important when always more and more people are getting involved to cryptocurrencies. You have probably seen some challenges of Bitcoin. Sometimes one transaction has taken up to one hour even though it was designed to be a quick way to transfer money. Of course, one hour is still much faster than 2-3 bank days but it could be faster.

Cardano’s goal is to create a technological platform, not only for individuals but also for organizations and businesses. Everything they do is quite open and transparent. That’s a huge benefit compared to suspicious cryptocurrencies like BitConnect. Well, most people don’t even bother to call BitConnect (or other similar ones) cryptocurrencies but Ponzi schemes.

Is Cardano Worth Buying?

I don’t share official investment advice but I am always able to give my own personal opinion based on my research and knowledge. I still have quite a large knowledge of cryptocurrencies compared to an average Joe who just called about Bitcoin from the news. 😉

I see Cardano as a startup company that has just started their journey. Of course, there are highly experienced persons working on it but the system itself is pretty new and being developed all the time. In my opinion, Cardano has a much brighter future than most other coins. It didn’t jump to the top-10 of cryptocurrencies in a few weeks without a good reason. 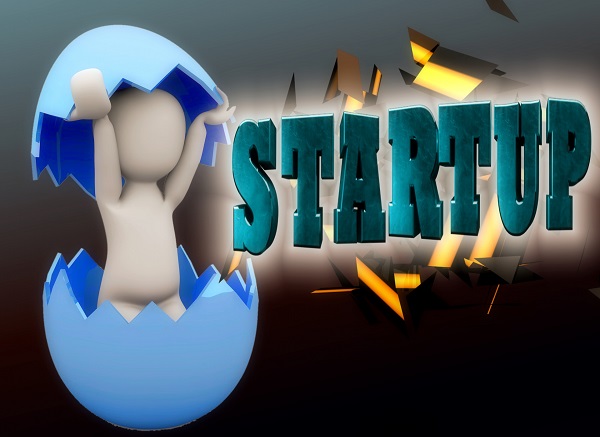 Still, I would say that Cardano is still pretty new and we can’t be 100% sure of what will happen in the future. I recommend that you take a closer look at their website and make your analysis yourself. I need to warn that lots of their words are pretty technical and may be a bit challenging to understand for an average Joe.

We can’t still say that Hoskinson wouldn’t be a great salesperson/marketer. He (and his team) was able to make Cardano’s market cap over $500,000 in a few days after the launch. In order to do that, you need to be able to convince quite a few persons.

Where to Buy Cardano?

Cardano isn’t yet listed on some huge crypto exchanges like Coinbase, Bitfinex or Kraken. However, it’s already listed on a few major exchanges like Binance, for example. I have bought Cardano on Binance and I think it’s probably the best choice for you as well.

=> You Can Already Buy Cardano on Binance Like I Did!

Bitcoin and Cardano have several similarities (e.g. decentralization) but also many differences. If you want to understand them more, I recommend taking a look at Charles Hoskinson’s “lecture” on Cardano.

His style of explaining things is down-to-earth and understandable even though he uses some technical vocabulary.

One thing that we always need to remember is that even though Bitcoin is the first and the largest coin, it may not be the biggest for forever. Do you remember what happened with mobile phones? Nokia dominated the market and then… BOOM!! Apple and Samsung took the lead while Nokia suffered from problems.

What about Yahoo and Google? Yahoo was dominating and people didn’t believe a small Google would make it.

I am not saying that Bitcoin is going to crash and Cardano will take over. You still need to consider a different kind of scenarios that can happen and make your investment decisions based on all factors. We can learn many things from the history.

Conclusion – Is Cardano a Good Investment?

Cardano is still at the beginning of its journey but their developers (Hoskinson, Brünjes and the whole team) have a huge knowledge, background, and know-how about the industry. Even though we are talking about the decentralization and other similar stuff, the team behind the cryptocurrency still has the biggest impact on how the coin will develop.

My personal opinion is that Cardano’s future looks bright and it can solve some problems better than its competitors. It seems that every year new potential cryptocurrencies arrive that try to make things better than previous ones. The time will show which ones are going to thrive and which ones will fade away.

That being said, I believe in the potential of Cardano and I have bought it on Binance crypto exchange.

There’s risk involved in any kind of investing and you always need to make your own research before putting lots of money in. This article gave you hopefully a good overview of Cardano and now you understand what it’s all about. If you have any questions, comments, different opinions or anything else, I love to hear them in the comments and I’ll reply to you personally.

If you are interested in making money online, in general, and looking for great ways to make a living online, I recommend having a look at my #1 recommendation. That training and community have turned my life around and now I have a freedom to travel around the world while making money online.

What do you think about Cardano?

(Disclaimer: This article is not an official investment advice. I only tell my personal opinions that are based on my research of this and other cryptocurrencies.) 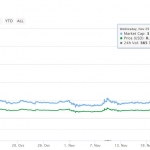 7.5/10
Learn to Make Money Online Like I Do! (Step-By-Step Instructions)